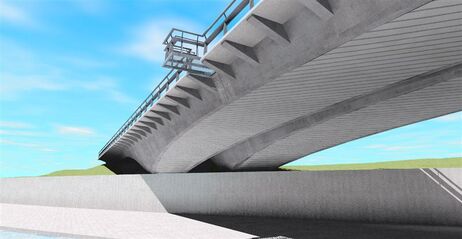 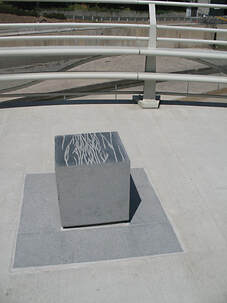 Approaching from the north, a perfect cube of granite is seen. Upon closer inspection one sees that the low relief texture is the surface of the river flowing. This cube exemplifies the control we put upon the Los Angeles River. Crisp edges, conformed, same as the river.  The 'Cube of Water" is a counter point to the natural boulder. 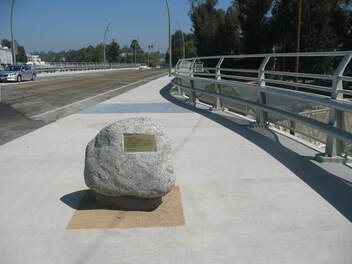 ​A half ton natural granite specimen with an embedded plaque. In this piece volume + space describes force. Collected from the San Gabriel Mountains, this stone enables a viewer to comprehend the tremendous power of water below them and how the boulder hypothetically arrived here.
“In the past, a boulder like this one could be propelled by rushing waters from as far away as the San Gabriel Mountains through an uncontrolled Los Angeles River during a flood. Nina Karavasiles” 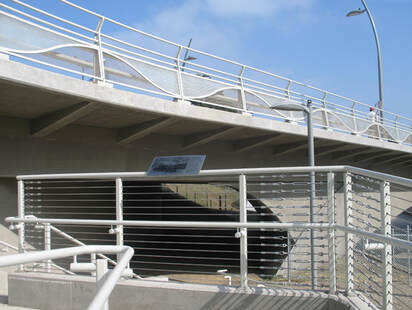 “In February 1938 a giant angle of sticks and rock debris moved through a somewhat controlled LA river and demolished this bride and 10 others. The wooden trestle style bridge ultimately became added debris wreaking havoc downstream. This reenactment pays homage to the old Colfax bridge built in 1923 of wooden timbers. Please notice what we have learned”
Text on photographic reenactment plaque on the path to the hiking trail. 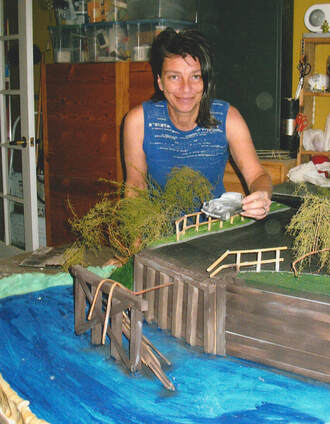 An amusing side story, and there is always a side story in public art. The LA Times refused to allow me to use their 70 year old image on a plaque on the bridge. I did have the original drawings of the old bridge. I made a model of the bridge in my studio and flooded it with a garden hose to recreate the original image. Here I'm holding a paper photography of a vehicle of the time. I could control the angles and lighting and so that is actually an original image from my studio and not the image from the newspaper. 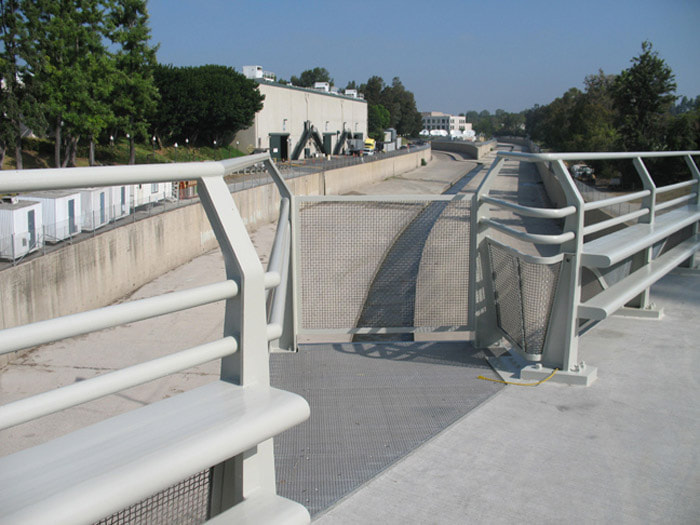 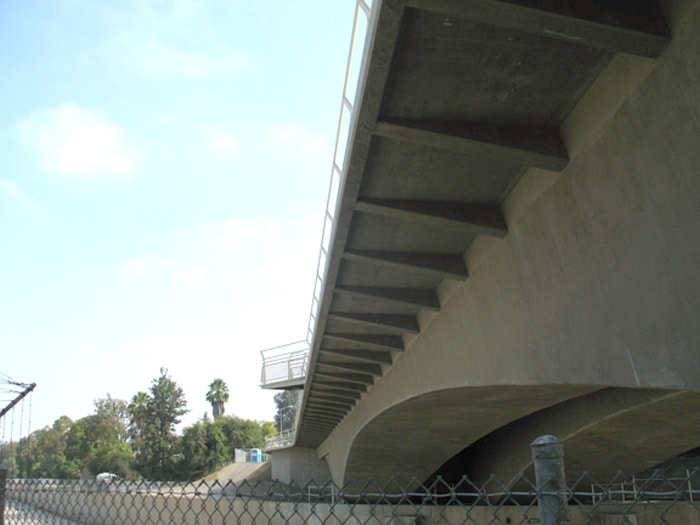