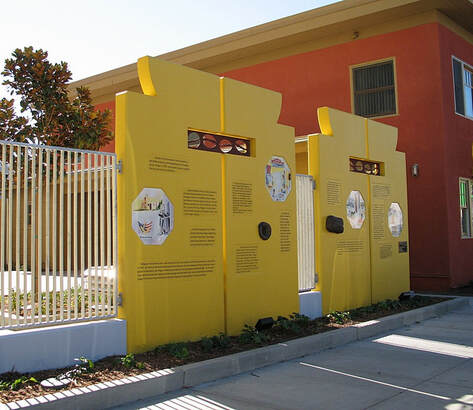 This public art piece is for Lillian Place Apartments, by Wakeland Housing and San Diego Interfaith Housing 2006
It was made in collaboration with Jihmye Collins, who made the 4 original watercolors that were made into enamels in an octagonal form.
Richard Carrico and Stacy Jordan did the historic research.

It commemorates the once vibrant African-American neighborhood by showing commerce in the community.
Life-cast in bronze is: Skippy Smith's parachute from 1943, A bronze hair curling iron, A catcher's mitt. Cowrie shell panels join the two book-matched vertical walls and speaks of old world payment. 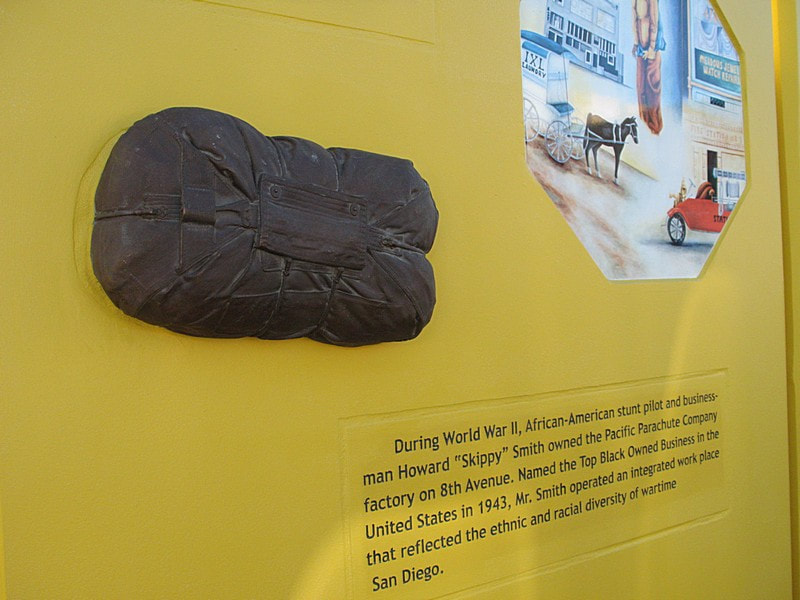 Africian-Americans have always played a major role in amateur and professional sports in San Diego. Local favorite Archie Moore fought at the city's Coliseum as did other champions. San Diegan John Ritchey became the first black player in the Pacific Coast League when he was signed as a catcher to the then minor league Padres in 1948.


Spanish settlers were an early example of diversity; they included persons of African heritage as well as Afro-Cubans, West Indians, and Haitians from the Spanish colonies. The last Mexican-era Governor of Alta California was Pio Pico, a man of African, Hispanic, Native American and Italian descent who played a major role in San Diego's history.


San Diego was once the center of a thriving jazz, blues and gospel music scene. The Creole Palace in the Douglas Hotel and the Crossroads Jazz Club were just two of the spots that hosted local and national talent playing to mixed audiences. 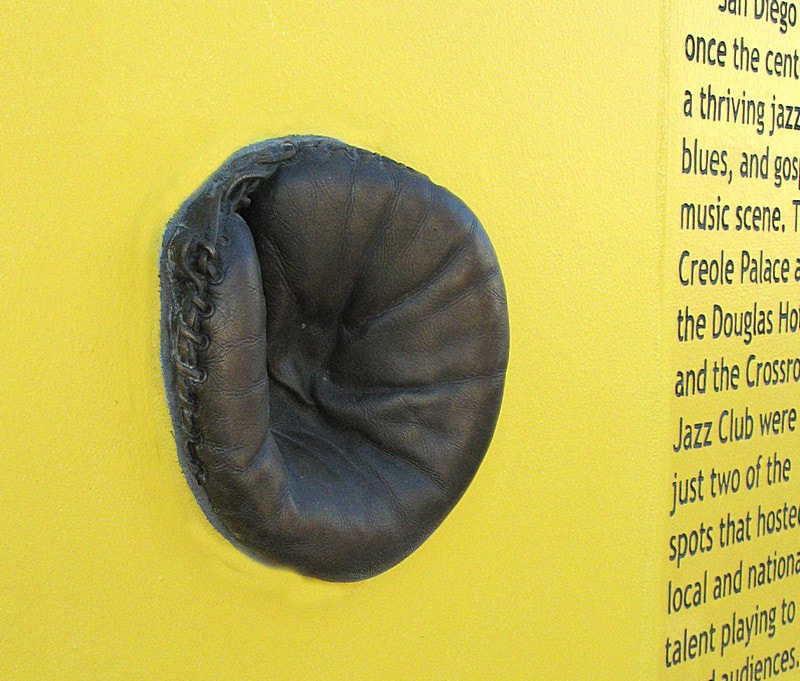 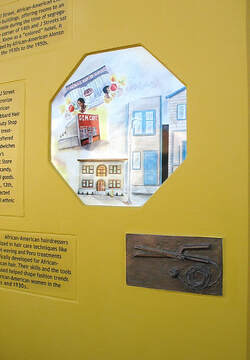 Residents of the J Street Neighborhood could patronize many local African-American businesses. The Whithubbard Hair Salon and Raphael's Beauty Shop offered specialized hair treatments.  The Gem Cafe offered "Meals at All Hours"- "Sandwiches of All Kinds" and Gadson's Confectionery and Toilet Store supplied residents with candy, soft drinks and personal goods.
Rose Park between 11th, 12th, and Island and J Streets attracted children and adults of all ethnic and economic classes.

On this block of J Street, African-American Lillian Grant owned multiple buildings, offering rooms to an ethnically mixed clientele during the time of segregation. Next door at the corner of 14th and and J Streets sat the Vine/Carter Hotel. Known as a "colored" hotel, it was owned and operated by
African-American Alonzo and Katie Carter from the 1930's to the 1950's.
African American hairdressers specialized in hair care techniques like marcel waving and Poro treatments specificallly developed for African American hair. Their skills and the tools they used helped shape fashion trends for African-American women in the 1920's and 1930's. 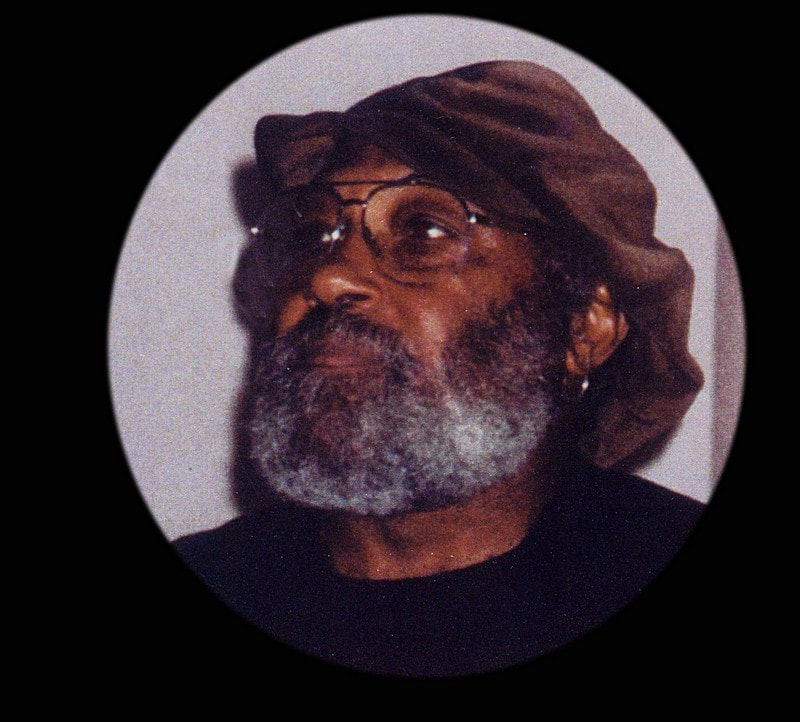 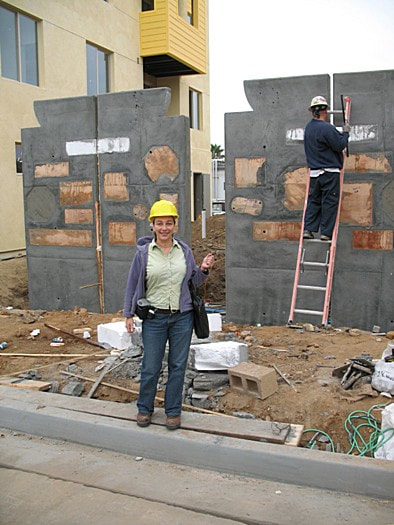 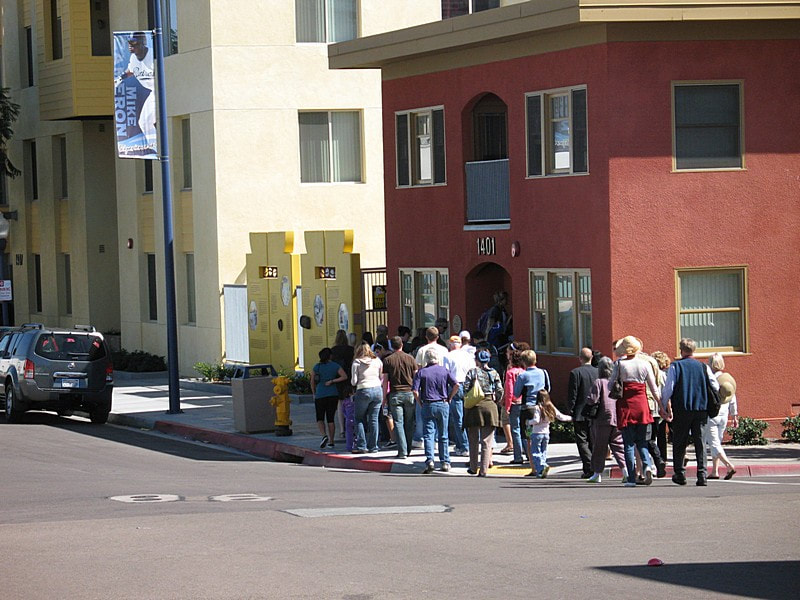 Unusual things happen.
​
Jihmye passed away too soon.
A woman is in charge of the concrete.
​Jean Issacs San Diego Dance Theater and the Metropolitan transit System team up for the 9th Annual Trolley Dance. Lilllian Place was just one stop on the tour. Link to Dance Theater