The Rosa Parks Memorial at San Diego Mesa College honors the legacy and teachings of civil rights activist Rosa Parks who visited Mesa College in the early 1990s. The kiosk displays a history of Rosa Parks. A lived sized image of students with a rose over their hearts. A central vessel contains the Freedom Rose
Artist team; Gerda Govine-Ituarte, Mario Lara and Nina Karavasiles
2010
www.sdmesa.edu/rosa-parks 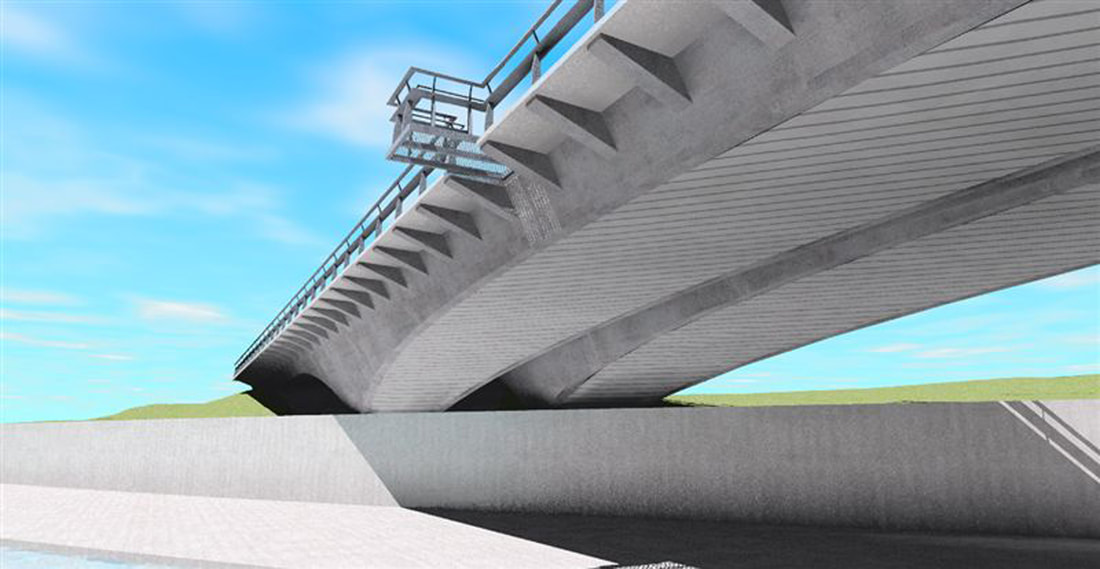 
“In February 1938 a giant angle of sticks and rock debris moved through a somewhat controlled LA river and demolished this bride and 10 others. The wooden trestle style bridge ultimately became added debris wreaking havoc downstream. This reenactment pays homage to the old Colfax bridge built in 1923 of wooden timbers. Please notice what we have learned”
Text on photographic reenactment plaque on the path to the hiking trail.


Approaching from he north, a perfect cube of granite is seen. Upon closer inspection one sees that the low relief texture is the surface of the river flowing. This cube exemplifies the control we put upon the Los Angeles River. Crisp edges, conformed, same as the river. The “Cube of Water” is a counter point to the natural boulder.


A half ton natural granite specimen with an embedded plaque. In this piece volume + space describes force. Collected from the San Gabriel Mountains, this stone enables a viewer to comprehend the tremendous power of water below them and how the boulder hypothetically arrived here.
“In the past, a boulder like this one could be propelled by rushing waters from as far away as the San Gabriel Mountains through an uncontrolled Los Angeles River during a flood. Nina Karavasiles” 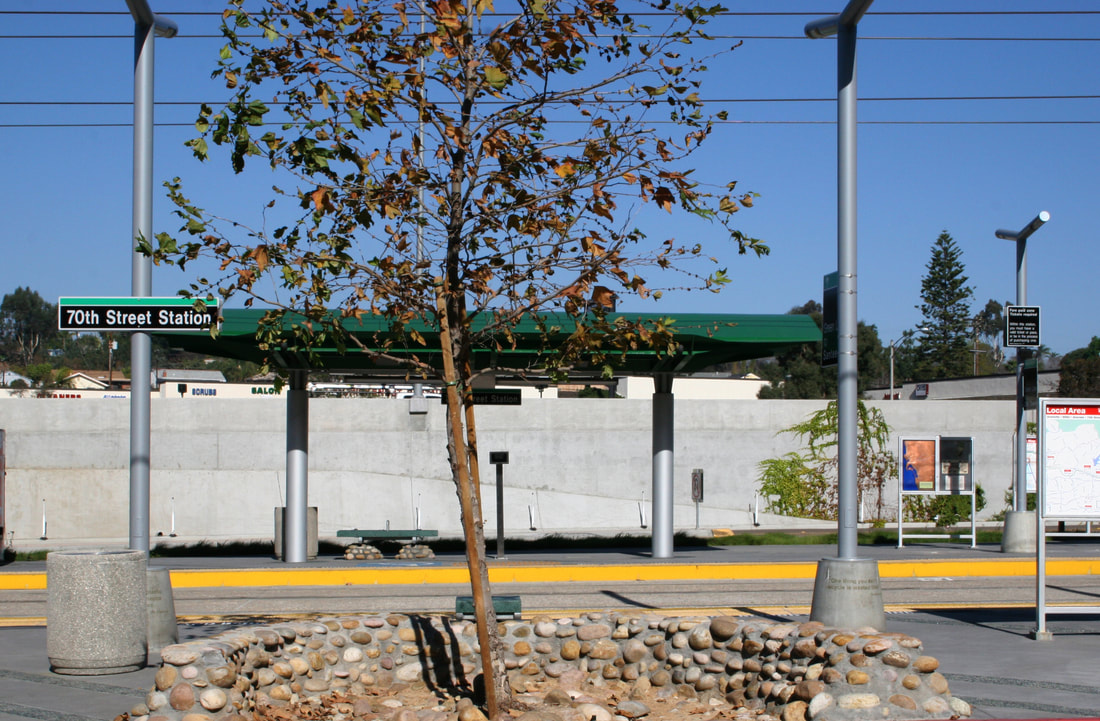 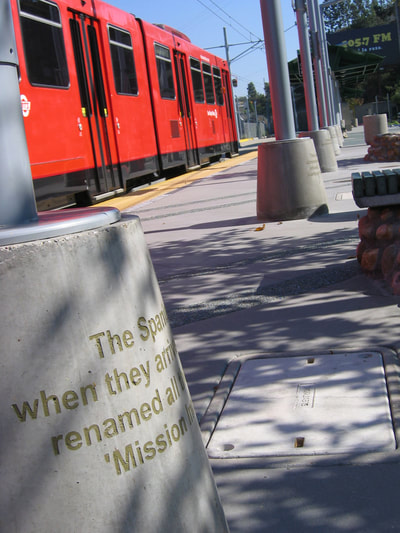 "Saline" for InSite. At the Birch Aquarium with Scripps Pier in the distance 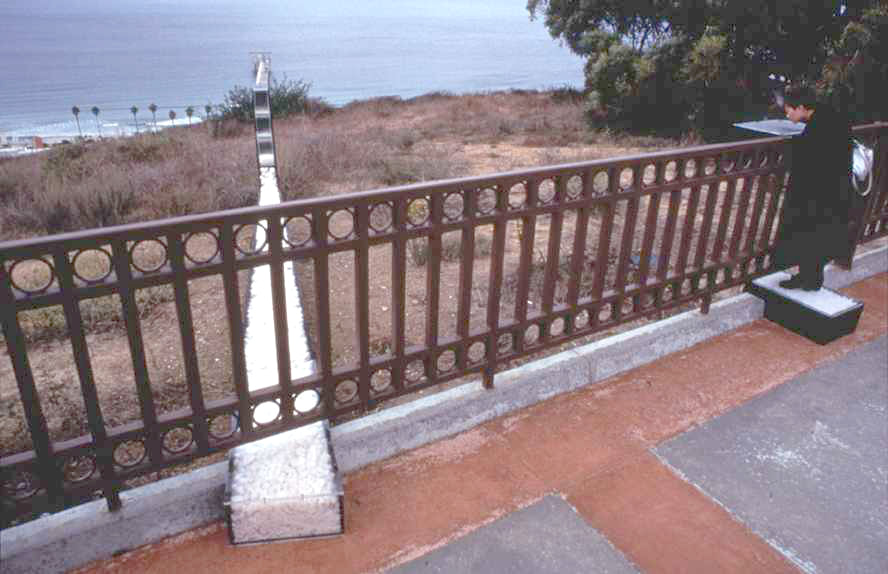 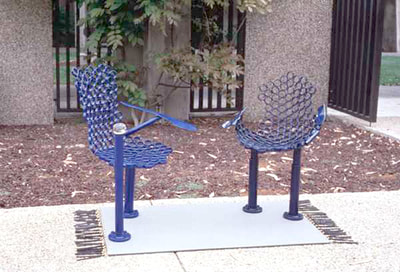 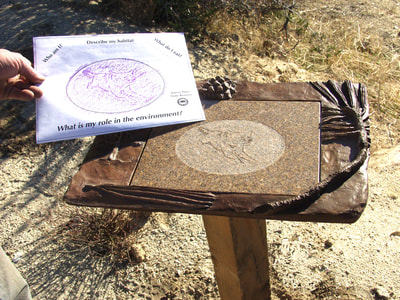 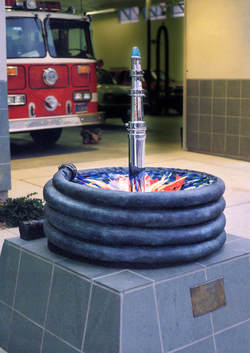 A cast bronze replica of a fire hose   coils around a concave glass mosaic of     flames which reflects onto a chrome   nozzle. A blue glass tip represents water   and in the evening is illuminated. 1997

"Recipe for Friendship" for Amici Park in Little Italy, San Diego.  4 tables with bronze food and a recipe for how to make it at home. A companion book for doing rubbings. 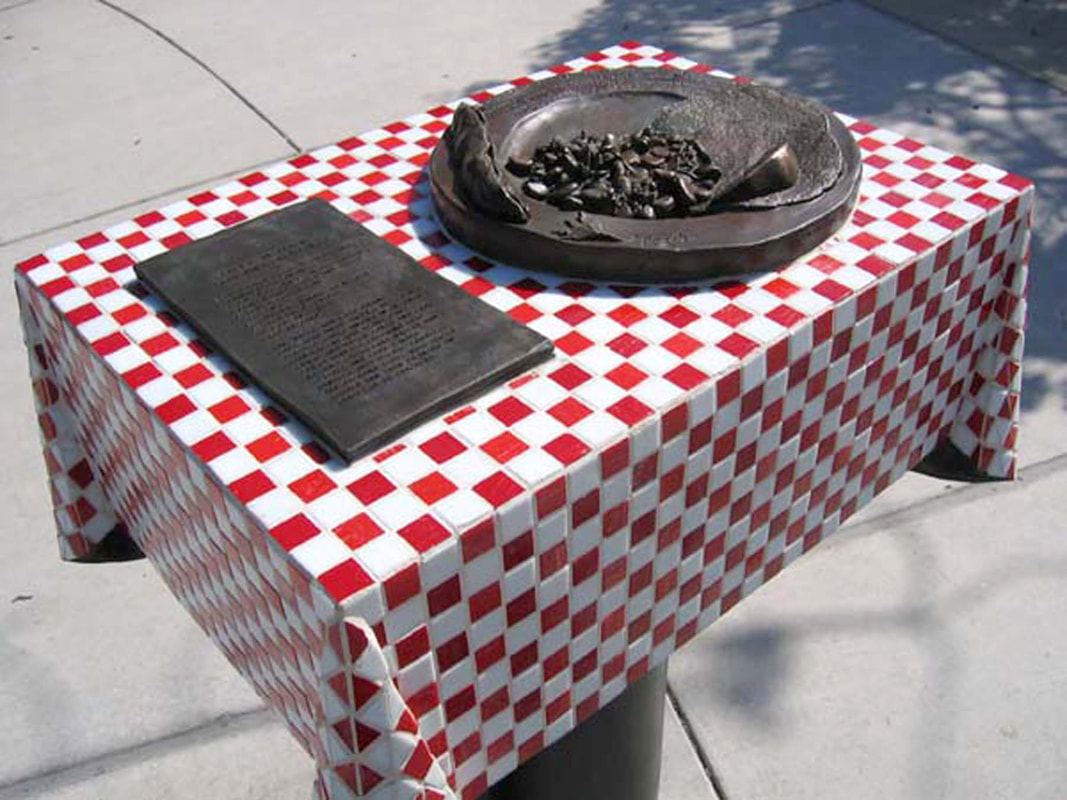